Attorney General Bob Ferguson will join us as a keynote speaker 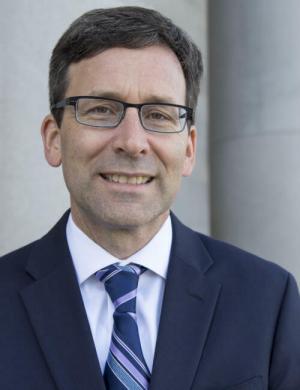 As Attorney General, Bob Ferguson has successfully blocked President Trump’s first executive order barring travel from seven Muslim-majority nations, won the rights of same-sex couples in Washington when he filed a consumer protection lawsuit against a Richland florist for refusing to provide flowers for a same-sex wedding, formed the Wing Luke Civil Rights Division (the first office within the Attorney General’s Office dedicated to protecting the civil rights of everyone in Washington), filed and won multiple legal actions against the U.S. Department of Energy regarding the Hanford Nuclear Reservation for delaying cleanup of nuclear waste at the Hanford Nuclear Reservation and putting hundreds of Hanford workers at risk of exposure to harmful toxic waste, created the Counsel for Environmental Protection within the Attorney General’s Office to protect our environment and the safety and health of all Washingtonians and created the Office of Military and Veteran Legal Assistance within the Attorney General’s Office to help current and former service members find pro bono legal assistance.

Through his work as the state’s chief legal officer, Bob has proven his commitment to protecting the people of Washington against powerful interests that don’t play by the rules.